In live casinos, decks are routinely inspected and changed as necessary; machines are vetted and repaired frequently; roulette wheels are tested and monitored thoroughly; even the dealers themselves are rotated multiple times per hour. All this and more is how a live casino makes sure that the games offered are fair and proper. How do online casinos accomplish this same thing?

Most online casinos do not use real roulette wheels or card decks (though some do, using real croupiers and relaying the deal or spin to players via a webcam), and rely on Random Number Generators to give their players a fair game.

Keep reading to find out more about Random Number Generators – what they are, how you know they are

What is a Random Number Generator?

A Random Number Generator is simply a program designed to generate a random sequence of numbers. These then correspond to the online casino's roulette wheel, card decks, dice, slots reels, or any other application in games of chance. Many modern lotteries in numerous countries will even choose to use RNGs over traditional draws.

Random Number Generators are widely used in many industries, but are utilised most regularly by online casinos. Every shuffle of a virtual deck of cards or spin of a virtual roulette wheel has a result that is determined by the generation of random numbers. This negates the need for any of the precautions utilised by live casinos described above - the Random Number Generator controls every outcome of every game with complete randomness. This ensures that return to player percentages and house edges are exactly as described.

Online casinos have Random Number Generators that are approved and vetted by third party companies to ensure that they are truly random and unable to be compromised by players. A test of an RNG will involve hundreds of millions of numbers tested on an ongoing basis to ensure a fair statistical sample.

Random Number Generators are also used in programming and cryptography, as their ability to generate large amounts of random data is extremely useful for debugging and codes. They are also used extensively in science for a variety of experimental procedures to maintain the integrity of the scientific method.

Contrary to popular belief, functions such as a music player's "shuffle" are not random as they are programmed to ensure the same song does not repeat several times. A truly random progression means that 2, 2, 2 is just as likely as 1, 2, 3 or 6, 11, 9. A music player's "shuffle" function is what is known as pseudo-randomness and if subjected to the same tests as a Random Number Generator (see above) will give off obvious patterns over long-term generation.

In roulette, for example, the odds of the ball landing on black eight times in a row are exactly the same as the odds of any other red or black pattern. The results of each spin are completely independent of the previous spin and this fairness is ensured by a Random Number Generator. Unlike the music player, there's no reason that 19 can't come up on consecutive spins. You can check out even more online casino guides here. 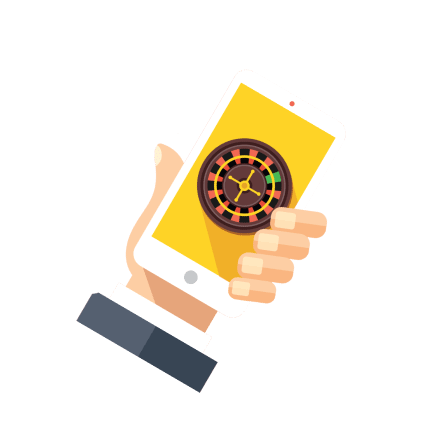